The Kingdom of God

Walking in the Words of the Master: 3.3 Worthy to be cast into the Fire of Hell

Walking in the Words of the Master – Part 3.2 Sticks and Stones 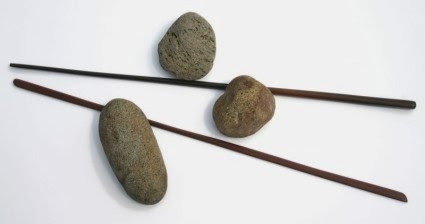 We’ve all heard the childhood reply to bullies, “Sticks and Stones will break my bones, but words will never hurt me.”  But we know that words can hurt much worse than sticks or stones, and I guess Jesus thought so too.  Listen to this. “whoever says to his brother, You good-for-nothing, shall be guilty before the supreme court; and whoever says, ‘You fool,’ shall be guilty enough to go into the fiery hell.”  Matthew 5:22
Wow this gets pretty severe sounding.  Last time I talked about anger being on the same plane as murder but calling your brother a good for nothing calls for higher accountability and then calling someone a fool is way out there.
The word “Raca” (translated in the NAS as good-for-nothing) means empty or worthless it is a term of utter vilification and this is the only place in scripture we find it used.  Jesus said that if you say, “raca” to a brother you are guilty before the supreme court.  Which basically means it is a civil offense similar to slander.  “Fool” is a more common word with the meaning of dull or stupid but it’s root word “moros” (moron) is also used to mean impious or godless.  Vines Expository Dictionary of New Testament Words defines fool as “a morally worthless person.”    So basically what it means to say “Raca” or “You fool” is to say that an individual as an utterly worthless, unsaved, godless individual.  In the fundamental thinking of eternal punishment this translates into passing judgment on an individual to the point of condemning them to eternal hell.

We would never do that, right?  We know that eternal judgment belongs to the Lord and its not our place to determine who goes to heaven or hell.  Or in fundamental evangelical thinking on salvation its up to the individual to decide where they want to spend eternity.  Now maybe if we get really mad at someone we might want to damn them to hell, but we don’t really do it.  Do we?   I say yes we do it pretty much every day.  We make judgments on people based on first impressions, their words, their actions.  We determine within a few minutes of meeting someone if they are “saved” or not.
I was visiting with a young girl a couple of years ago, who had been raised in the church; as we were visiting she saw a person who was smoking a cigarette and made the comment, “That person isn’t a christian.” How often do we make judgments on people based on their looks, (tattoos) actions, political views or other criteria without ever even having a conversation with them?  It is amazing how Christians will judge  each other based on their political party affiliation.  I have heard republicans and democrats, conservatives and liberals all make comments regarding the salvation of their opponent.   I remember one time when I was in Bible College I was told by an individual that we’re not supposed to judge others salvation but we can be “fruit inspectors.”  We can tell by someone’s fruit whether or not they are a believer.  Now there is scriptural back up to that, “by their fruit you will know them.”  But generally the fruit that is being inspected is not love, joy, peace and other fruit of the spirit, but rather do they smoke or drink a beer or have a different political opinion than I do.

Jesus said that if you say Raca to someone or call someone a fool – YOU become the guilty one, not the one you are judging.  Again it boils down to what is in our hearts.  It is the other side of the coin as with being angry. If we are angry it will eventually come our out mouth.  If calling someone a fool comes out our mouth then we have anger, hatred or self righteousness in our heart.  Another reason for this will become more evident when we talk about loving our enemies.  Jesus concern for how we look at others is intertwined in loving our enemies.  If we are passing judgments on everyone we meet and looking at them in a negative light it is much easier to condemn them instead of loving them.  We should look at everyone we come across whether casually or in more involved relationships, the way Jesus looks at them.  He loves everyone and is not willing that any should perish. Jesus gives everyone the benefit of the doubt.
One last thought on judging others; when we judge the salvation of another we are elevating ourselves to the level of “God.”  Therein is the huge problem, and it is idolatry.  We believe we are equal with God, and that is why we become guilty of severe punishment.  Thou shalt have no other gods before me.  When we elevate ourselves to the “god” seat we are putting ourselves as equal to or greater than God Almighty.  Utter self righteousness leads us to think we have the right to judge another persons relationship with the Lord.
We will talk about that fire of hell or Gehenna as Jesus referred to it next time.
Grace and Peace
Anita